RV was suffering from depression. He didn’t feel right about his life or himself. He seemed confused at the start of our session and had very few questions.

As we went through the relaxation sequence, RV found himself floating inside a cloud of purple light, that carried him through darkness until he felt himself resting on a surface of soft sand underneath a large dome.

RV saw a door at a distance and began moving toward it. The door opened into light. He moved through the door into white light that felt lonely. He expressed the desire to find someone.

When I asked what else he saw, he described his body as tall, skinny and androgynous with long legs and arms and six fingers on each hand, six toes on each foot. His head was oval, larger on the top and he had large black eyes, no nose and a hole for a mouth and ears.

RV found himself in a round room with a bluish light pouring in from the ceiling. He heard noises and then saw a crowd of beings that looked like him. They were watching a screen on a stage in the middle of the stadium. There was another figure on the screen, who looked like him. When I asked RV to explain what was going on, he answered that it was similar to a boss talking to workers.

The crowd began to separate into groups and RV saw himself joining a group of ten that was being sent to Earth. He understood that his group had a mission to help human beings to find their way, because they had lost it and were hurting the planet. RV understood that it was his job, in some way, to show people how they had gone wrong.

RV saw himself arriving on Earth floating above the clouds still in his light body. He observed himself separating from the group he arrived with and floating alone between New York and Florida trying to figure out where he belonged.

I moved him forward he saw himself under the ocean water, still in light body form. He saw a sunken ship, but it was a dead ocean. All the marine life had gotten sick and died.

Emerging from the water, RV saw himself in his present form with a few differences. His hands and feet were red and he had gills on his back. As he walked onto the beach, he saw people, but they did not see him. He then walked through a mirror-like wall onto an identical beach. He walked into the water and became a shark. In this water he saw fish, octopus and coral reefs.

I asked why, since the beaches were identical, one beach had life and the other didn't. "There were people on the first beach, the second had none," was his answer.

Later on, RV’s subconscious explained he was seeing a parallel reality as an example of what will happen if humans don’t change their behavior and start caring for the oceans and other life forms.

I can tell when Higher Self is speaking because the answers are direct and usually short. A lot of times the voice will change when the Higher Self speaks. It’s less emotional. The Higher Self never answers ‘maybe’ or ‘I don’t know.’ Both the subconscious and Higher Self are taking care of us.

Moving forward, RV saw himself sitting on the branch of a tall tree looking down. The trees were connected at this level by a network of branches, that RV could walk across. He noticed that he was wearing clothes made from leaves and he saw dwellings that looked like coconut shells also covered in leaves. All the dwellings were empty and he understood that everyone was out hunting except him.

In one of the dwellings, RV observed a family eating a freshly caught animal. They looked like humans, but were hairy all over. RV was invisible to them. Higher Self explained, that RV was being shown another planet in another star system so he could see what his earlier family was like.

Moving forward again RV saw a city under water with dolphins and mermaids. He was there as the Light Being observing tube-like standing structures with light emanating from the top that was produced by crystals inside.

The mermaids were collecting diamonds and other crystals from sunken ships and using them in tubes to produce a source of light. Higher Self explained that there are oceans are on every planet with life in each of them. This was one of RV’s earlier homes where he communicated with dolphins.

Later on, RV told me that he lived in New York but traveled to Florida more than ten times a year. He learned how to scuba dive so he could spend as much time in the ocean as possible.

When beings, that originated in a higher dimensions come into the third dimension, they lose a lot of themselves. They struggle to function within third dimensional reality which is very heavy. These beings coming to Earth from Source are bringing a new light to this planet, a new vibration. They often don’t understand this.

RV was a very shy, soft-spoken person. He was quite shocked to find out that he was a Light Being from the oldest source of light, love and compassion. This was probably his first life on this planet. He was confused about why he was here and this session completely changed his perception of himself.

This is what he wrote to me later:

I have listened to the recording, and I'm still as mind-blown as you are. It makes much sense though. I have drawn parallels between what I have learned over the weekend with events in my life. The light being was floating above the Earth and moving around (from New York to Florida).

I do the same in my life now. I love to travel and move around. In my 29 years of life, I have been to Florida over 15 times already. Having spent so much of my past lives on the water explains why I have such a deep love for it now. Whenever I go to the water, I feel recharged, and renewed. I was a bit concerned about living all those lives alone. I enjoy being on my own, but sometimes I want to reach out to people.

I have been focusing on keeping the connection with my Higher Self open. I love the feeling of being protected, and guided by It. I have been feeling much lighter since the session, and my shoulder feels very good. It's not back to 100%, but so much better than it was last week. I am so grateful for your help, and of my Angels. Thank you all so much.

The most important aspect of RV’s story is that we need to be aware that there are many Light Beings among us on Earth. These beings are not originally from a third dimensional world. They could be from fifth, sixth or seventh dimensional worlds. They are here to teach us to love and care for the planet.

Most of the older people on this planet (40’s and up) have experienced many past lives on this planet, so they’re better able to function within the third dimensional frequency. The first Light Beings – also called ‘Indigos’ - started incarnating on Earth fifty or sixty years ago, but its been a gradual process.

Now, there are a lot more Light Beings incarnating on Earth and many are having a hard time dealing with this reality, because it’s their first life on the planet. But simply by being here, they are changing the vibration of our dimension 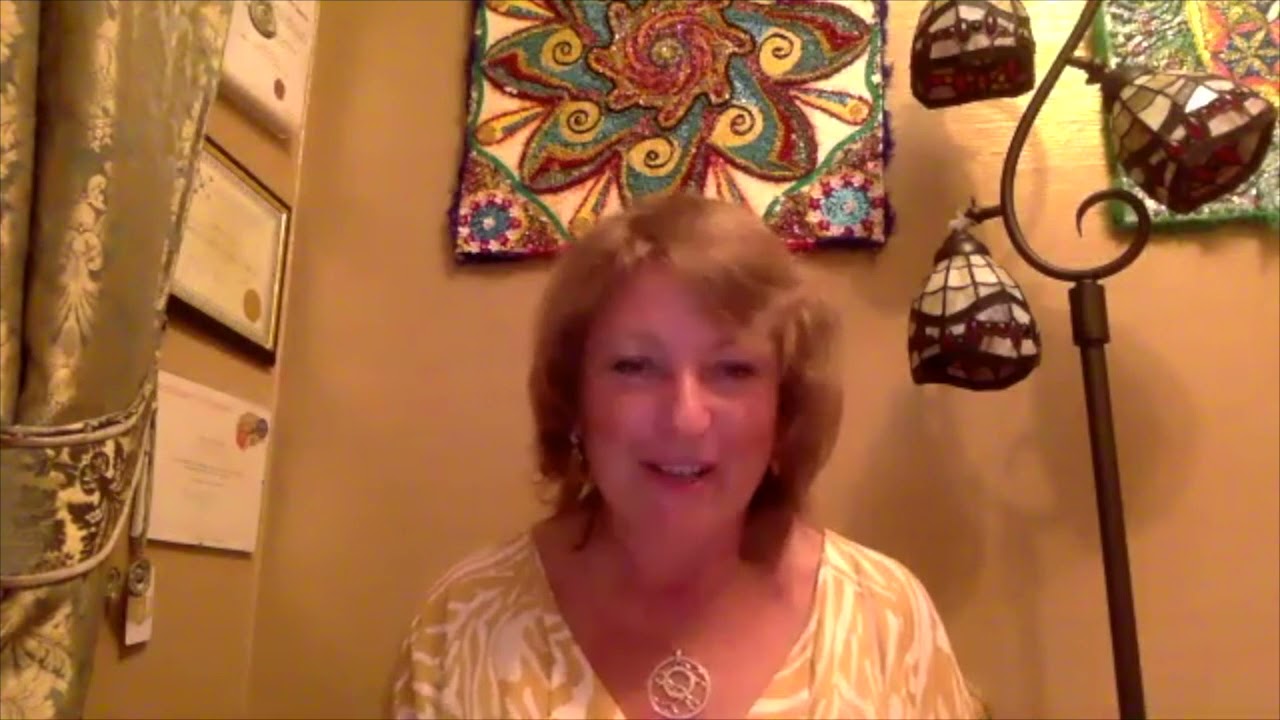